Have you ever been in a situation where you were the leader, all eyes were on you, the team’s prospects of posting results rested on the direction you gave, and yet you stood there completely intimidated by the task while hope slipped slowly away?

Yes, coaching my son’s Under-6 soccer team was a harrowing assignment. Years later, I still bear the scars.

Leading in business can often feel the same way.

The circumstances may be new. Stakes can be high. The weight of the obligation to deliver can seem overwhelming. You feel like you’re off your game, doubt replaces confidence and you’d give anything for a trusted someone to speak into you.

There are no shortage of sports analogies in business, but none are more naturally embedded than the concept of a coach.

Needing and securing a coach isn’t a sign of weakness or inadequacy for business leaders any more than athletes in a youth rec-league or the pinnacle of professional sports. It just makes sense, for the leader who wants to be at his or her best in moments that count the most.

At Milestone Leadership, our team of seasoned coaches helps leaders worth following up their games even more by honing in on alignment of personal values and capabilities with the needs of the business setting. We know being in top form for leading a team requires conditioning and a solid playbook—and a coach who knows the playing field from personal experience. 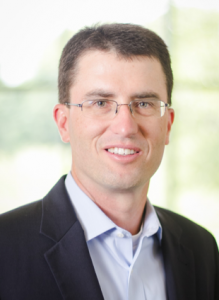 Thank you for submitting an application for the Milestone Nonprofit Scholarship Program!
We will review your application and let you know if we need any additional information before making funding decisions.

Please contact us at Scholarship@MilestoneLeadership.com if you have questions about this program or any of the services we offer.

Thank you for contacting us!
Someone will be getting back to you shortly.